Example of FAST Integration into CI/CD

The following token value is used as an example value throughout the chapter: token_Qwe12345.

A sample project fast-example-api-circleci-rails-integration is available on the Wallarm’s GitHub. It’s purpose is to demonstrate how to perform FAST integration into existing CI/CD processes. This example follows the “Deployment via the API when Baseline Requests Recording Takes Place” scenario.

This document contains the following pieces of information:

How the Sample Application Works

The sample application is a web application that allows you to publish posts on a blog and the capability to manage the blog posts.

The application is written in Ruby on Rails and shipped as a Docker container. 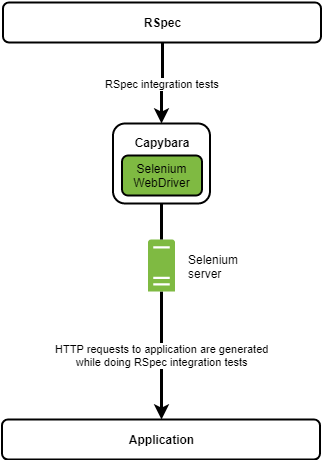 Capybara and Selenium help to convert these tests into a set of HTTP requests to the application.

The aforementioned integration tests are described in the spec/features/posts_spec.rb file.

How FAST Integrates with RSpec and CircleCI

Here you will find an overview of the FAST integration with RSpec and CircleCI for the sample project.

This essentially means that it is possible to augment the steps RSpec takes to test the application with the steps involving FAST security testing.

We can point a Selenium server to a proxy server with the HTTP_PROXY environment variable. Thus, HTTP requests to the application will be proxied. Usage of proxying mechanism allows you to pass the requests issued by the integration tests through the FAST node with the minimal intervention into the existing testing flow: 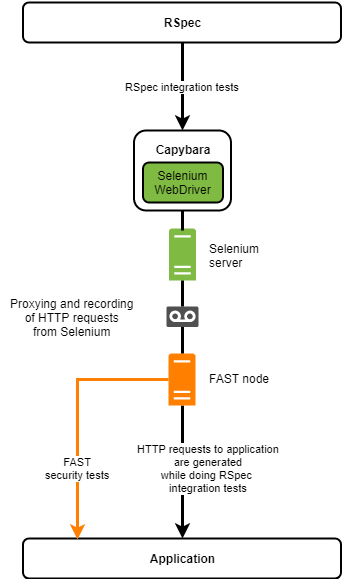 A CircleCI job is built with all the aforementioned facts in mind. The job comprises the following steps (see the .circleci/config.yml file):

Demo of the FAST integration

To conclude, it has been demonstrated that FAST has strong capabilities of integration into existing CI/CD processes as well as finding vulnerabilities in the application even when the integration tests are passed without any errors.